How Habitat helped Bernadette build a better future for her family

“We wouldn’t be here without Habitat,” says Bernadette. “Here” is having three children graduated from university and her mortgage paid off — milestones she couldn’t have imagined reaching decades earlier when she was a single mother making just eleven dollars per hour.

Before she partnered with Habitat for Humanity Huronia 19 years ago, Bernadette was living in social housing in Barrie, Ontario, with her three children. They came to the small city from Moose Jaw, Saskatchewan just a few years earlier in an effort to move further away from the children’s father, who had become an abusive alcoholic, and get a fresh start.

Bernadette describes that last year in Moose Jaw as “a very scary time in our lives.” When she left her husband, her twin daughters were just five years old, and her son was three. She moved her three children between her friends’ and her mother’s homes, so that she could keep them safe while ensuring the two oldest didn’t have to switch schools. “When you’re in that kind of situation, it’s not like you have a lot of time to plan” she says.

After about a year of living in Moose Jaw with no fixed address, Bernadette’s sister invited her and the kids to spend part of the summer in Ontario. It would give them the chance to get away, and allow Bernadette to clear her head and figure out what she was going to do next.

When her sister suggested she stay in Ontario, Bernadette was hesitant. “It was different than anything I’d ever known,” she says. She decided to send out a few resumes anyway, and in no time she’d lined up a job as an educational assistant at a local school. She took it as a sign, and within weeks, she and the kids officially moved to Barrie.

With her modest single income, she felt fortunate to find a place she could afford, though she admits it was quite “bare bones.” It was also sweltering in the summer months, freezing in the winter months, and thanks to the previous tenants’ smoking habits, her son’s allergies had gotten worse.

In the spring of 1999, her brother-in-law came to her with an ad from the paper that said their local Habitat for Humanity was building a house and looking for families to partner with. She applied, but was turned down. While disappointed, she didn’t let it stop her from applying again when they announced they’d be building in 2001 as well. After multiple rounds of interviews, she was accepted. “It was truly a miracle for us,” she says.

In addition to paying an interest-free and geared-to-income mortgage, all Habitat homeowners agree to contribute 500 volunteer hours toward Habitat. Friends and family are welcome to contribute to the volunteer hours as well, and as a single mother with three kids, she went to her church to ask for help. Within months, she and her “church family,” as she calls them, had put in 1,000 hours of sweat equity. Bernadette says she’d squeeze in a couple hours of work – smoothing the rocks for the foundation, framing and insulating the house, dry walling, painting, putting up baseboards – each evening after work before going home to cook the kids’ dinner.

They finished the build in August of 2001, and she and her family have lived in the cozy home ever since. She says she’s reminded of how blessed she is each time she looks around. It’s the house where she raised her first three children – Justine, Lauren and Jordan – remarried a loving man named Shane, and had her fourth child, Nolan.

“To have one place to call home, where you can feel safe, is just so important,” she says. “I always wanted my kids to know they didn’t have to be anxious about what was going to happen next.”

As an educational assistant, she says she sees a lot of kids who are constantly moving, which makes it hard for them to feel settled, focus on school, and make connections with other kids their age. She’s confident that providing her children with the same place to come home every night gave them much more than simply a backyard where they could set-up the slip and slide, a dining table for them to play board games like Monopoly and Trouble, a living room to throw down their “movie pillows” and watch Disney classics with a bucket of popcorn, or separate bedrooms where they could get a good night’s sleep. It also gave them a safe, stable place to study, dream, and plan for their futures.

Now 25-years-old, Bernadette’s daughter Justine works full-time as a teacher in British Columbia. Her twin sister, Lauren, just finished her Master’s Degree at the University of Guelph, and will be spending the next year volunteering and applying to veterinary school. Her son, Jordan, also just completed his Bachelor’s degree, and plans to study law. Her youngest son, Nolan, isn’t sure what he wants to do when he’s older — he’s busy enjoying a carefree life as a 10-year-old, playing video games, baseball, and taking music lessons.

Being able to build financial equity through mortgage payments they could afford provided Bernadette’s family with lots of opportunity, and now that she and her husband Shane have made their final payment, they’ll have even more freedom.

“It’s kind of surreal. I don’t know how to describe it,” she says. They plan to stay in their Habitat home until their youngest is grown, so that he has that same sense of stability his siblings did. When the kids’ bedrooms are all empty, they hope to sell their home and use that financial equity to buy a new place outside the city. In the meantime, being mortgage-free will allow them to make some long-awaited updates to their current home, and give Bernadette and her sister the opportunity to take their mother, who has late-stage dementia, to Ireland in the spring.

“She’s always wanted to go,” says Bernadette. “And now we can take her.” 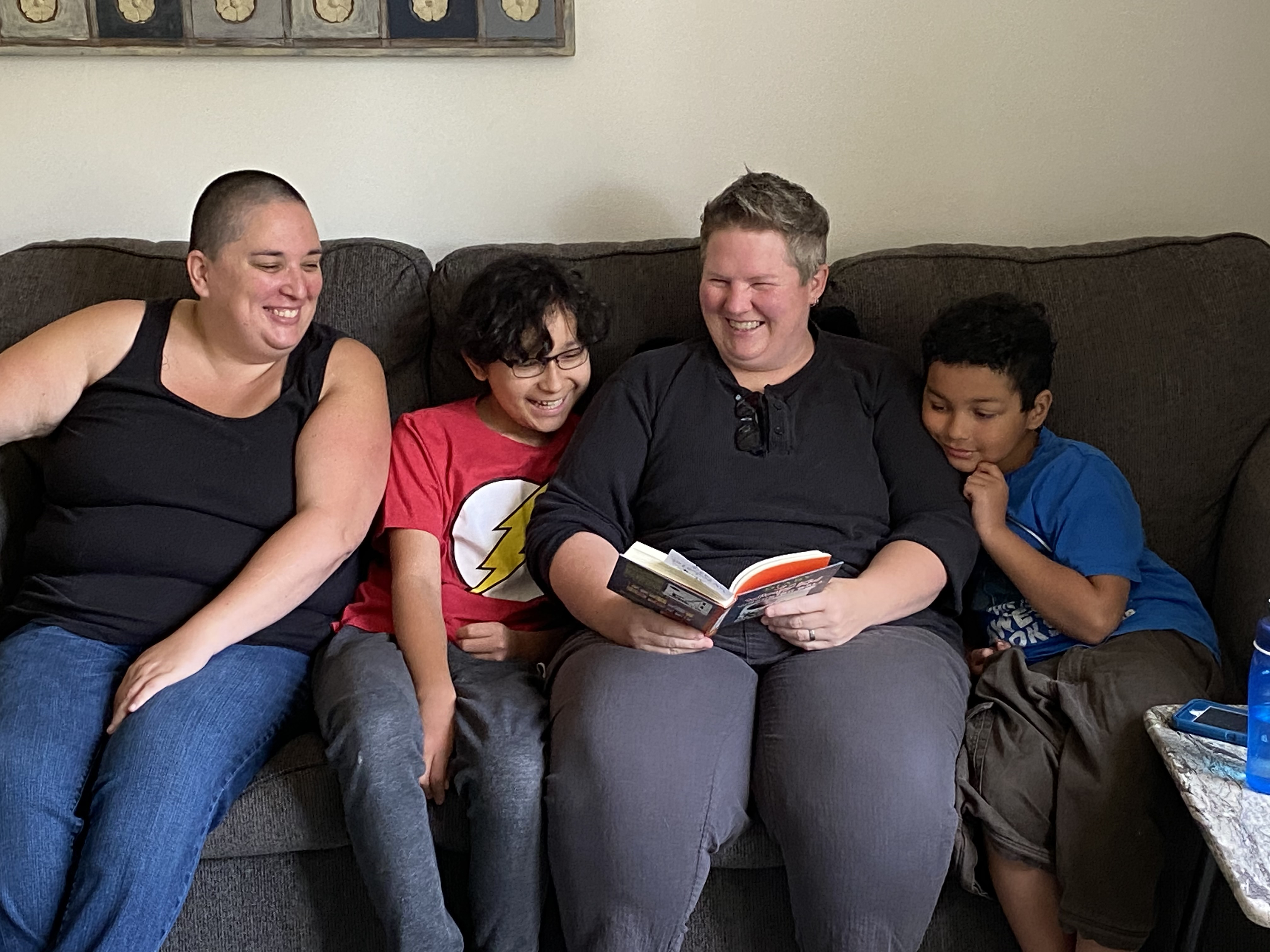 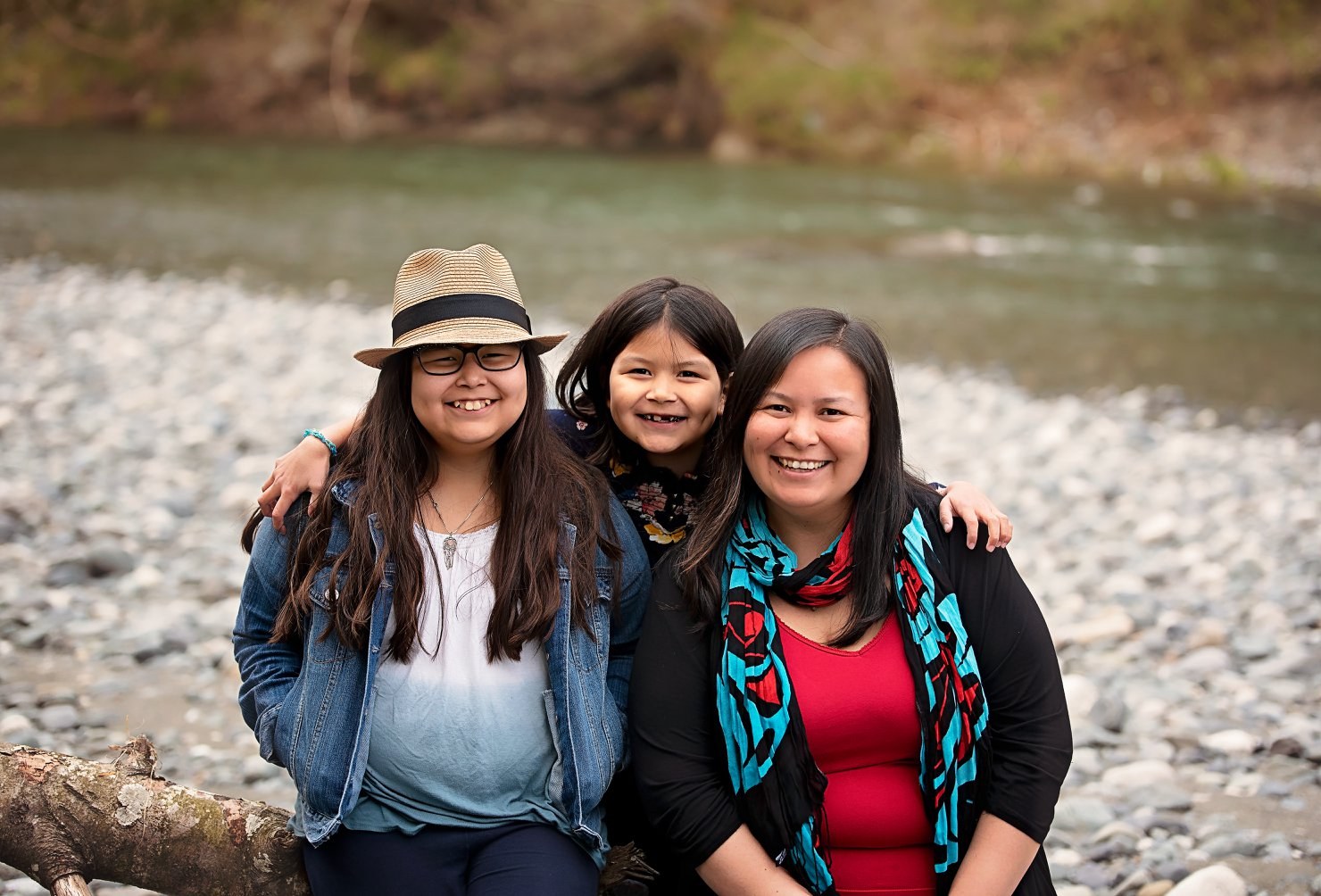