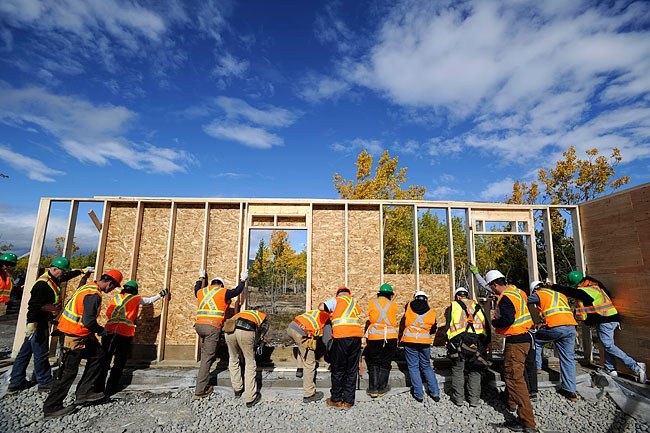 Hi! Let me start by saying thank you for your interest in supporting Habitat for Humanity Global Village.

My name is Scott and I am a Newfoundlander living in Ontario for a number of years now.

During my first career I worked in the automotive industry. I have since devoted myself to sharing my experiences and knowledge with young people as a high school teacher.

I have always enjoyed learning about, sharing with and meeting a wide variety of people.

Volunteering in Toronto when I first arrived game me all of these, and I have continued to do so in many ways ever since. Part of my volunteer experience was supporting the homeless population in downtown Toronto. Overtime, I wanted to learn more about and contribute to solutions; that is where Habitat for Humanity came into focus.

I've been fortunate enough to have been involved on a number of builds so far which has allowed me to be a part of teams that included incredible people. Furthermore, it allowed me to meet and experience communities in very unique ways. Lastly, if has allowed me to share with people in ways that I can immediately see how my efforts have a made a positive difference.

I hope you will find the same level of reward that I do.

Please feel free to contact me at scottwade@hotmail.com if you would like to learn more about this build or apply now using our on-line application!