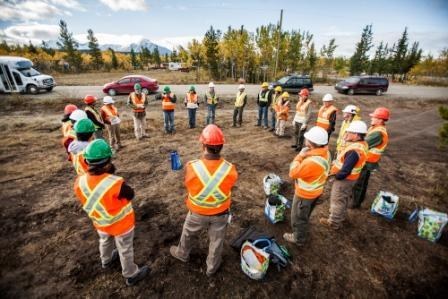 Barb Bjarneson: I'm very excited to be leading a team to Whitehorse. The is my 30th Global Village build and 20th as a Team Leader. It is quite obvious that we are hooked and believe you will be too. I can't wait to meet our team in Whitehorse

Dave Bjarneson: We have volunteered with Habitat since 1997 and have visited many incredible places through the Global Village program. The rewards of these builds are found in personal growth, experiencing new cultures and making new friends. I am looking forward to another shared experienced during my 26th Global Village build.

Please feel free to contact us at barb.n.daves.global.village@gmail.com if you would like to learn more about this trip or apply now using our on-line application!